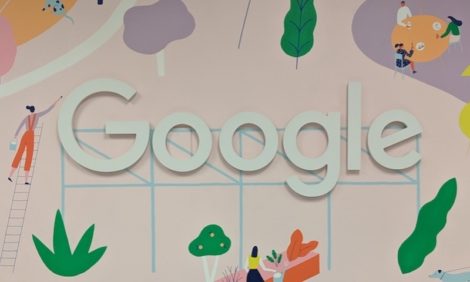 Thanks to Google’s Women Techmakers grant, I was fortunate enough to be one of the 15 recipients to attend the Google I/O conference held in San Francisco in early May.

I can certainly say that if you ever get the chance to attend #io19, then do! With sandboxes, codelabs, pop-up activities and 180+ sessions to attend, there are plenty of people to meet, things to learn and fun to be had.

Three core themes I noted this year were around accessibility, privacy and security. With that in mind, here are the top five things I think you should know from this years conference. At the Women Techmakers Social the day before Google I/O

App actions and built in intents for Google Assistant

Google announced a number of ways for developers to leverage Google Assistant for Android apps. One of those is How-to markup, which enables the creation of deeper interactive experiences in search and assistant. For those who aren’t technical, markup can also be added using a spreadsheet upload. A use case for Xero App Partners and Developers would be to implement this for common support questions on the integration between the product and Xero.

App actions enable you to either display a slice in Google Assistant or to launch into a specific app screen using deep-linking. At the moment, the App Actions API is in developer beta and the finance category has options for accounts and payments and brokerage.

If you want to watch the Assistant sessions, there is a YouTube playlist for it. Alternatively, read the Google Dev Blog for a summary of all Assistant related launches. A demo in the Google Assistant Sandbox at #io19

There were some fantastic announcements this year in relation to accessibility. Notably, Sundar Pichai announced Project Euphonia, a project where Google is looking at ways to leverage AI to help those with speech impairments. Another is Live Caption which translates speech to text for videos, and should be launching later this year. I loved the video that was played to demonstrate the new text to speech feature in Google Lens.

For Android developers who are looking to improve in app accessibility, Google encourages downloading Accessibility Scanner. It will help identify practical steps you can take.

Accessibility was also front and centre for web developers at a couple of talks and in one of the sandboxes. Most prominent was lighthouse, it is an open-source tool developers can run in Chrome DevTools, from the command line, or as a Node module. Essentially, the tool is run on a webpage (publicly accessible or not) to audit it against the specified report e.g. accessibility. The output will suggest relevant ways to can improve the page as well as explanations of what each identified issue means. One of the things I like is that it gives a score which can be used to benchmark against.

Building an app for NBU (Next Billion Users)

There has been a bit of media from Google the past couple of years on building for the next billion users. It is focussed on making apps more accessible in places considered to be emerging Android markets. There are unique challenges developers face in those markets such as lack of connectivity, insufficient data plans, small storage space on devices and lower spec’d devices.

The talk on the Next Billion Users shared many interesting insights, including that 50% of smartphone users are in Asia, 30% of the searches on Google in India use voice and that it is very common to change language between interactions – approximately 314 million people living in India are bilingual.

Here are a few of the tips shared to tap into NBU markets. First,be sure to use App Bundles. Doing so will reduce the size of the initial app download, which is a key consideration for users in the NBU markets and smaller apps should help your conversion rate. The increasing importance of the language splits API was also surfaced. The API is unlocked when App Bundles are used, it enables the app to download the right splits of language depending on the language selected by the user in app. I really liked the practical suggestions for how to optimise apps. There were numerous suggestions for how to reduce app size, manage apps size and to keep apps responsive.

There were a lot of great things announced for Android this year including Dark-mode for Android Q. The simple things always get the biggest applause! A new in-app update API was announced, supported for Android 5.0 or higher when using Play Core Library 1.5.0 or higher. In-app updates provides a mechanism to either remind or request a user update the version of the app.

In-app updates can be implemented in two ways, but be sure to note the user will still need to consent to the update. The first way is referred to as “flexible” (this is essentially the reminder) where the user can still use the app whether they agree to the update or not. The other is “immediate”, which essentially forces the user to update the app to continue using it. Obviously this should only be used in situations where updating is very important to continued use, like a security update.

Have a look at some of the inspirational speakers that Google invited along to IO. Glen Keane, who animated Disney films like Ariel, Aladdin and Beauty and the Beast spoke about creativity and technology. He touched on something called Sprezzatura, which in layman’s terms means the art of hiding the mastery of art or making art look effortless, in relation to technology – making it not about you but what you create. Keane also did an amazing live 3D drawing of Ariel to Part Of Their World using Google’s Tilt Brush app.

Perhaps you’re looking for something about the big picture of life. Have a listen to Michio Kaku, an American physicist and futurist, who spoke about the future of humanity. He discusses some of the big things he thinks might come next like the internet evolving into a brainnet.

Or maybe you are wanting to build a Moonshot Factory. If so then Astro Teller from Alphabet X, has some great advice for you about innovation, diversity, inclusion and ethics.

One more shout out to Google’s Women Techmakers program, which provides visibility, community, and resources for women in technology. To receive the grant you have to demonstrate a commitment to supporting women in tech and explain how you plan to share back with your community. If you are or you know a women in tech, please share their website so more people know about the resources available.

Grace is a Xero Developer Evangelist, who works closely with integrations on Xero’s App Marketplace. You can follow the Xero Developer team on Twitter @XeroAPI and follow Grace @GraceYBR.