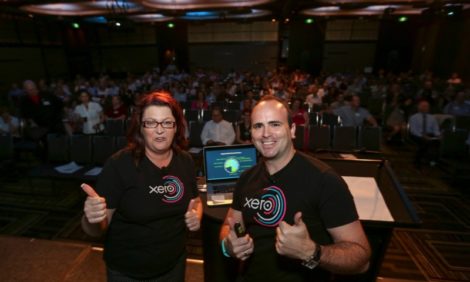 It’s been a blast: Mel Power reflects on the Head of Bookkeeping role at Xero As Xero retires the role of Head of Bookkeeping, Mel Power reviews her nearly four years in the job. Mel will be continuing her work with the bookkeeping community as part of Xero’s global partner team.

I felt an incredible sense of pride as I boarded the plane bound for Melbourne. Thinking about the opportunity I had to represent my beloved profession of bookkeeping – a profession that had provided for my family, given me lifelong friends, and helped me make lasting connections across Australia and around the world. It was also a profession that enabled me to do what I was most passionate about. I wanted to help small business owners be successful and create businesses that were vehicles to help them achieve their life goals.

One of the key things I was engaged to do in this role was to be the voice of the bookkeeping industry back into Xero. I helped to champion the value that bookkeepers bring to small business. My mission was very quickly formulated by a challenge that Rod Drury threw out at Xerocon 2014: to help bookkeepers double their income.

The Grow Your Practice series for bookkeepers was born in April 2015. Here’s the short video of Rod and I launching the concept.

The series was so successful that the first round was just the beginning. Statistics show that those who went through the initial program increased the size of their businesses by 47 percent within six months. So we ran another three series, live workshops at Xerocon Uni Day, and created an on-demand series so that bookkeepers could participate when they wanted and connect with each other through the Xero community.

The series was also picked up by our head of accounting James Solomons. He then created something unique for our accounting partners by adding guest presenters from the industry. This was particularly great in the live Xerocon sessions.

It was such a privilege to be able to walk with our bookkeepers on this journey and see their success. Many people from this very first series have since gone on to be recognised as Xero Bookkeeping Partners of the Year, regional winners, and have also become members of XPAC, the Xero Partner Advisory Council in Australia. It’s been incredibly inspiring to see this happen!

By late 2015, I was travelling to other regions, including Canada, the UK, the USA and New Zealand. I started speaking at bookkeeping events about the importance and future of the profession. During these travels, I met so many fantastic people working as bookkeepers, and others that were really invested in the industry. My mind was ticking over how I could connect all of these people together and keep these great conversations happening.

Enter the power of Facebook communities. At Xerocon 2015, I created the first Xero Facebook community for bookkeepers in Australia. This group has become a fabulous place for our bookkeeping partners to connect, collaborate, share and support – not only in business but also personally. The community has rallied on many occasions to help each other. One scenario that has stayed close to my heart is when one of the husbands of one member became seriously ill. The entire community rallied and provided emotional, financial and practical support to her.

Now that’s human. That’s really living the values of what we stand for at Xero.

The success of the Facebook community in Australia led to the creation of other communities around the globe. Whether in regional or global groups, we see the same community spirit and collaboration occur with work referrals across the region, business-to-business deals, and friendships created and solidified. We’ve seen natural leaders arise, such as those in XPAC.

I honestly never dreamed of how powerful this spirit of community could be!

My role at Xero started out in 2014 as a super advocate and champion for the bookkeeping channel. It’s now 2018 and I can proudly say that our Xero bookkeeping partners are a voice to be reckoned with. They are passionate about the value they provide. They are also prepared to stand strong and tall for what they believe in.

This incredible group of self-advocating people no longer require a champion within Xero. Instead, they stand together in a clear voice and are absolutely heard. The community we have created as a platform for this voice works brilliantly.

So, with my hand on my heart and some tears in my eyes, it’s time for me to step down as the Head of Bookkeeping in Xero Australia as this role has been retired. I will be staying on with the Global Partner team until 30th June to assist in transitioning our new role Head of Community in AU and to complete existing engagements.

Thank you to all of my bookkeeping partners, who I call my peers and friends. And thank you to James Solomons (my debit), Rod Drury, Chris Ridd, Trent Innes, Rob Stone, Anna Curzon, and my other fellow Xeros…

What a blast it has been.

The post It’s been a blast: Mel Power reflects on the Head of Bookkeeping role at Xero appeared first on Xero Blog.