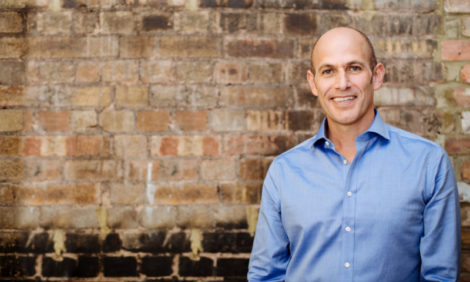 Open Banking: No pain, no gain Edward Berks, Director of Business Platform (EMEA) at Xero, shares his views on the ever-changing landscape around Open Banking and PSD2.

As a Xero customer or partner, you’ll know how great bank feeds are. They play a big role in keeping you on top of your finances, even across multiple banks. And it’s likely you’ll have received updates from Xero asking you to set up new bank feeds because of ‘new European regulations’.

We thought it was time we explained why perhaps some of those communications might sometimes appear a little unclear as the landscape changes by the day.

At every turn, we’ve worked hard to update our customers in practical terms about what they need to do next. But keeping this guidance up-to-date – day to day or even hour to hour – has not always been easy.

Tomorrow is September 14, the day it was all meant to happen. But then the plan changed.

Behind the scenes of Open Banking

These new regulations are part of sweeping reforms to banking and payments. This is known across Europe as PSD2, and more commonly in the UK as Open Banking.

In driving through these changes, both Xero and our industry counterparts have – to some degree – been shooting at a series of moving targets. But we’re making a huge investment to try to protect our customers from the impact and to minimise any disruption.

We think the Open Banking movement is positive for businesses and consumers alike.  It will open up competition, drive innovation – and create better value in the financial services that we all rely upon day-to-day.

Such ambitious and large-scale change rarely lands without turbulence. And Open Banking is no exception. So we wanted to offer a little behind-the-scenes insight on work being done by a large cast at Xero to influence these changes. And to ensure that we continue to provide an incredibly powerful platform for managing a small business.

Working around the clock in ever-changing circumstances

We’ve been working around the clock on behalf of our customers and partners to represent the needs of small businesses. That means aligning closely to key Government departments, the FCA (Financial Conduct Authority) and the Open Banking Implementation Entity (OBIE). And of course, industry bodies, lobbying groups, as well as UK and European banks.

We’ve been focused on helping a large proportion of our customers migrate to new ‘Open Banking’ bank feeds. But we’re reliant on individual banks to have APIs ready that allow us to connect. Each one of those banks has its own constraints and challenges. And for our customers in Europe and the Republic of Ireland, Brexit adds another layer of complexity.

A great example of just how dynamic this landscape continues to be, it was only four weeks ago – just weeks before tens of thousands of Yodlee feeds were due to terminate – that the FCA announced an ‘adjustment period’ of six months. This extended the lifetime for these feeds until March 2020.

We were pleased with this result as it was something we lobbied hard for and provides more time for customers to migrate to new feeds. Bank feeds are a vital feature of Xero utilised by hundreds of thousands of customers. So we know the pressure the original timeframe would have had on our customers and partners.

Consequently as banks digested this news and changed their plans, Xero has been tracking and reflecting these changes in its own roadmap.

What is PSD2 and Open Banking?

The UK’s Open Banking initiative was the result of concern about how poorly a small number of large banks were serving the financial needs of the vast majority of consumer and business customers in the UK.

The Competition and Markets Authority found that a lack of new products and barriers to switching meant that customers were over-paying for credit and being under-rewarded for holding deposits. And options for moving money – making and receiving payments – remained limited and costly.

Across Europe, via the European Banking Authority’s PSD2 (The Second Payment Services Directive) regulation,  similar concerns were being addressed by mandating that banks and payment providers open up their data to third parties.

But the UK went one better, by defining how this should be done, through the creation of the Open Banking Implementation Entity (OBIE).  The OBIE worked with banks and other industry stakeholders to define standards (manifesting in APIs) by which third parties can securely access data and initiate payments with explicit customer consent.

The UK’s approach is being seen as a benchmark for open banking initiatives elsewhere in the world.

Late payments and a lack of access to capital are two of the biggest issues facing small businesses in the UK. Our data shows that 37% of small business owners have considered closing their company because of cash flow issues.

Open Banking is already having a positive impact on access to capital, the speed and cost of  payments and ushering in a host of financial technology innovation for small business – beyond just new bank feeds.

Where to find out more

To find out more, please go to our Open Banking Resource Centre. And stay updated with our list of the status of specific bank feeds, which we are regularly updating.

The post Open Banking: No pain, no gain appeared first on Xero Blog.