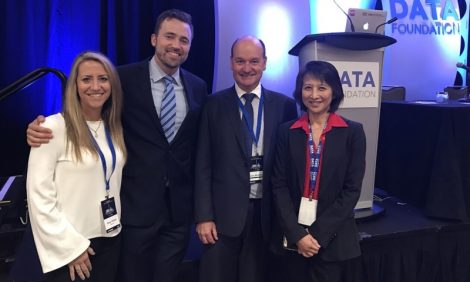 Small business owners get into business to do what they love, and don’t expect to spend hours every week on compliance requirements. In the U.S., figuring out which agencies they need to file with can be complex. They’re often plagued with doubt about whether they’ve filled everything in correctly and hoping they won’t be penalized for missing a piece of information.

A recent survey of U.S. small business owners found that nearly one-in-three spends more than 80 hours each year dealing with federal regulation, including determining compliance, and that doesn’t include regulation at the local and state level. Our system shouldn’t be a jigsaw puzzle for small business owners, which is why over the past couple of months I have been working with The Data Coalition.

The Data Coalition advocates the federal government to standardize the information they generate or collect, and publish digitally. As a member of its Board of Directors, together, we’re aiming to demystify the system for small business owners.

At Xero, we have been involved in similar initiatives around the world. Australia’s Standard Business Reporting (SBR) is a standardized, digital approach to record keeping which has simplified business reporting obligations. As one of SBR’s biggest users, Xero has had significant involvement with the platform. We have been actively working with the Australian Tax Office in a community-led consultation process, collaborating on the ongoing design and development of the platform. Xero has also been involved in other digitization programs throughout the world, including HM Revenue and Customs’ Making Tax Digital initiative in the UK.

Last month, we were invited to demo the Australian solution to U.S. senators that are leading sponsors of the recently passed OPEN Government Data Act. It was exciting to be able to demonstrate how SBR could be used as a model for the United States and what it could look like.

U.S. small business owners would likely see significant improvements in efficiency should data collection be digitized. When Australia implemented the SBR initiative, the government determined that the average small business owner spent 11 hours each week on government compliance and reporting. By automating filing, the savings from 2016 alone were $1.2 billion AUD across 2 million businesses.

At Xero, championing innovations that create greater efficiency for small businesses is at the heart of everything we do. Collaboration between both the public and private sectors is a vital component of ensuring that small business owners have access to the tools they need to not only thrive, but grow.

The post Xero and The Data Coalition working together to simplify compliance for US small businesses appeared first on Xero Blog.

Why building a customer database is good for business
Wed, Jul 08, 2020
Xero