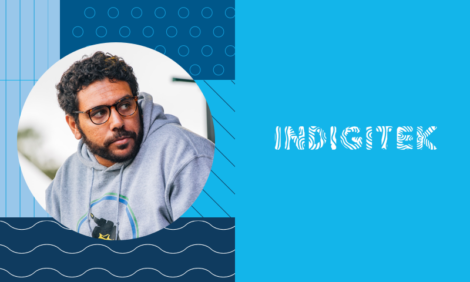 You may have heard the story of David Unaipon. Then again, you might not have. An Indigenous inventor, scholar and author, Unaipon challenged early 20th century white Australia to accept the intelligence and scientific knowledge of the world’s oldest culture. His legacy lives on – you can find his face on the fifty dollar note.

By 2025, it’s estimated that STEM (science, technology, engineering and mathematics) professions will represent 75 percent of the Australian workforce. Yet, today, Aboriginal and Torres Strait Islander people are grossly underrepresented within these industries. None more so than the ‘T’ – tech.

But, with help from the team behind Indigitek, that’s all due to change. Described by member Levi McKenzie Kirkbright as ‘geeks who want to support each other’– this Indigenous-led social enterprise is here to increase technology employment pathways for Aboriginal and Torres Strait Islander people.

At Xero, we want to make a genuine difference by championing diversity and inclusion, both within the tech sector and the community at large. An integral part of this is acknowledging, honouring and engaging with the original custodians of our land.

This year’s NAIDOC Week theme ‘Voice, Treaty, Truth’, is all about working on a shared future, and recognition for Indigenous people of their place in Australian history and society. We welcomed Levi to Xero’s Melbourne office to share his insights, experiences, and his work promoting and supporting Indigenous tech inclusion with Indigitek.

Of Yuin, Eora, Gamilaraay and Wiradjuri descent, Levi is amongst the first generation of his family to be raised outside of a mission. Explaining what reconciliation means to him, he shares, ‘It’s pretty straightforward: it’s about making amends. A prerequisite to that is education, knowledge and acceptance. So a huge part of what I do is simply having the patience to answer questions.’

Levi and the Indigitek team are devoted to promoting Indigenous engagement with the emerging digital economy. Currently completing his Master of Engineering at the University of Melbourne, he explains, ‘Alongside the literacy, numeracy and health gaps between Aboriginal Australians and non-Aboriginal Australians, we’re trying to close the gap on economic participation. Technology is a growth industry where so much exciting, innovative stuff is happening. And there’s a great opportunity for the Aboriginal community to get involved.’

Yet, the challenge remains that only 43 percent of Aboriginal and Torres Strait Islander children graduate high school with one STEM subject. ‘We’re working with the Department of Education and Training to look at how they can get better at teaching tech education, especially early on. We also provide non-traditional pathways into the industry through organisations that use innovative ways to skill people up to be job ready, like General Assembly and Coder Academy’, says Levi.

By 2022, Indigitek aims to have created 300 jobs for Aboriginal and Torres Strait Islander people within the tech industry. But more than just jobs, they want to facilitate lifelong careers. In Levi’s words:

‘I’d like to see lots of Aboriginal people being designers, and product managers, and software engineers. Or starting their own tech companies. We want to be able to engage with entrepreneurship in a way that is culturally appropriate for us – so, at long last, we can express our culture in the way that we want.’

As for the team at Xero, we’re grateful to Levi for joining us and engaging in this important conversation – one that we’re keen to continue as we look to work with Indigitek into the future.