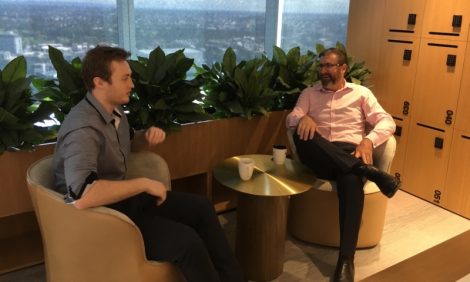 Training the next generation with an accounting internship | Jason Bradley Start them young. That was the belief behind Pitcher Partners’ decision to offer a paid internship for a budding accounting student looking to get hands-on experience at the mid-tier firm. With three accountants and three bookkeepers already in his team, Director Jason Bradley explains how bringing in fresh blood has made a difference.

“It was the brainchild of Partner Brett Headrick. He could see early on that training old dogs new tricks, or changing the expectations of graduates, was a challenge in getting staff to engage in new services.”

The idea was to bring in an undergraduate with hours that suit their schedule. Then get them busy doing the basic bookkeeping and file work. This way they learn how to prepare a file at a transactional level,” says Jason. “They spend two to three years sitting in our area doing this work. The intern also uses a range of new business apps (both client facing and internally). We continue to build on that skill set.”

The firm’s first intern has been in the office for six months. Jason says he is developing skills that are hard to find in most accounting graduates.

“By the time he graduates, he’s going to be a lot stronger in accounting fundamentals than grads we see who haven’t done this sort of work. He’s already talking with clients! The team always remind him how lucky he is to be having this experience, as we all had to do it the old fashion way.”

Jason says it was important to find someone who could easily communicate.

“They have to be able to talk to people, it’s really about having an open and inquisitive nature. They can’t just want to sit in a corner and do the same thing over and over. With the work we do it is critical they are approachable and prepared to get on the phone to the client. Initially it might just be to chase a source document, or a simple follow up on a lodgment. However it is essential that they are either comfortable doing this or are prepared to put themselves out there.”

With the young guns around, Jason has learnt a thing or two himself.

“Quite often I’ll have to ask questions about the new software we use because I’m a dinosaur. I struggle, but they have a natural aptitude for it. Which probably comes from everything else in their world being online” says Jason. “It just makes sense to them.”

He says one of the problems accounting firms face is retaining young staff beyond three years and hiring accounting undergraduates could be part of the solution.

“It’s a big challenge when you want to keep people. I think if you get even younger ones in and really give them the opportunity to learn, it gives them exposure and builds loyalty early on. Ultimately, we will get a crew of well-rounded accountants out of this internship programme. They can then go onto other professional opportunities within the firm.”

Despite being only six months into the first internship, Jason say it has worked well for them. He would encourage other firms to follow suit.

“It’s still got some way to go, but it’s very exciting for young accountants to come in and be able to do this kind of work and get those core skills. It’s worked well for us! Hopefully the model is as scalable as I think it is. Then we can bring in more interns as we grow.”

The post Training the next generation with an accounting internship | Jason Bradley appeared first on Xero Blog.